Half way between Pamplona and Logroño, in an area between the mountains and the plains, lies Estella, a historic city that came into being when pilgrims were travelling along thePilgrim's Way to Santiago de Compostela in large number.

In the 15th century it was known as "Estella the elegant" and to the present day it continues to live up to this epithet. It is aromantic city that places great value on its palaces, stately homes, churches, convents, bridges and beautiful buildings, which have earned it the nickname of the "Toledo of the North".

The city of 13,000 inhabitants will surprise you with its flourishing commercial life and bustling Thursday market, its passion for music and theatre, as well as its impeccable cuisine.Strolling through the city you will pass pilgrims and visitors eager to explore the old streets of the Franks and the Jews and see proof that the phrase coined by Aymeric Picaud is as true today as it was in the 11th century: "Estella is a city of good bread, excellent wine, much meat and fish and all kinds of pleasures."

This vibrant and hospitable city sits in the centre of the Merindad (an administrative division similar to a county) of Estella-Lizarra, surrounded by a circle of low hills that shelter it from the wind. It offers visitors history and art, good shopping, excellent gastronomy, a diverse programme of cultural events and colourful traditions.

The influence of the Pilgrim's Way and the Jewish Quarter -the third most important in Navarre after those of Tudela and Pamplona- permeates the whole city. It was established in 1090 by King Sancho Ramírez and enjoyed its golden age in the 12th and 13th centuries. From this time dates the palace of the Kings of Navarre, one of the few non-religious architectural relics of its era that survives in Spain, and which houses the Gustavo de Maeztu Museum. The palace is located in the Plaza San Martín, where you can drink from the 16th-century water fountain before continuing your visit.The bridge of San Martín, also known as the 'Azucarera' (sugar bowl), and 'prison' bridge, the present day courthouse and the medieval gate of Castile are other examples of civil architecture in the city. The main meeting point for locals is the Plaza de los Fueros in the heart of the city. It is enclosed by beautiful buildings, two of which are 18th century palaces. The other major square is Plaza de Santiago, where a busy market takes place every Thursday morning. 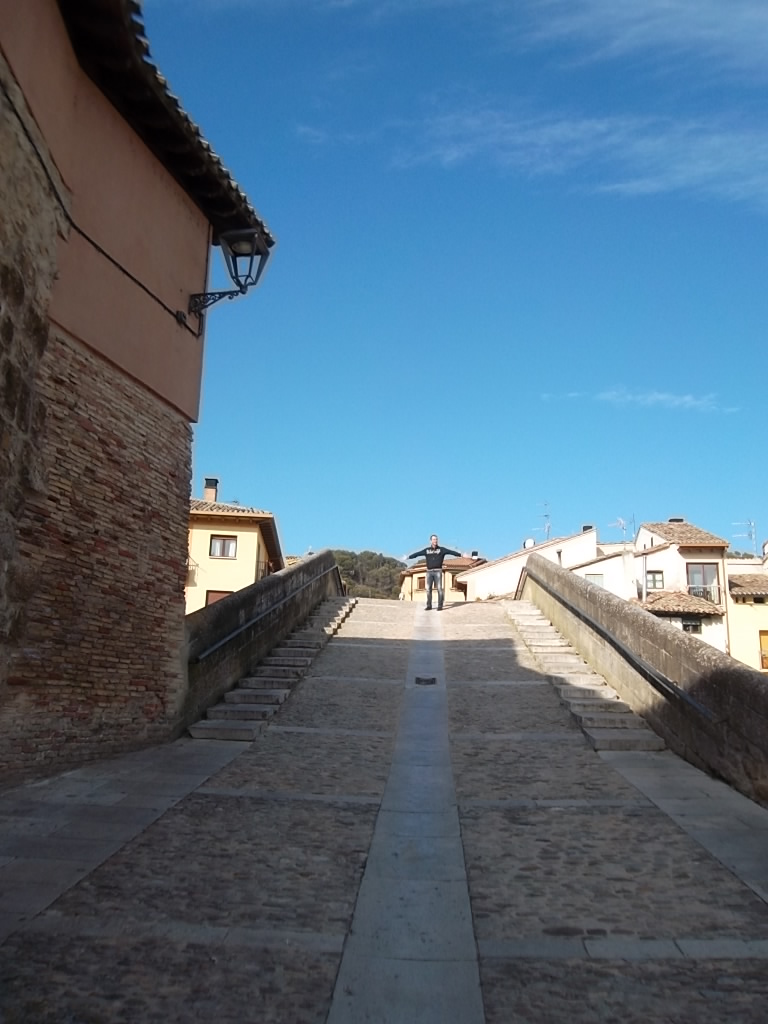 To wander quietly through Estella-Lizarra is an exercise to be recommended and will lead you to discover wonderful little palaces and grand houses, such as the Eguía Palace (16th century), the stately mansion of the Ruiz de Alda family (17th), the house of Fray Diego of Estella-Lizarra, a heavily decorated 16th-century noble house, the Governor's Palace (17th)that today houses the Carlism Museum and old Gothic arches that housed shops and inns for the pilgrims. Do not miss the "calle Mayor" (Main Street), with its emblazoned buildings, and a Baroque palace of the 18th century at number 41, the old railway station building [now the bus station] (1927) and the Luquin Palace (17th century). 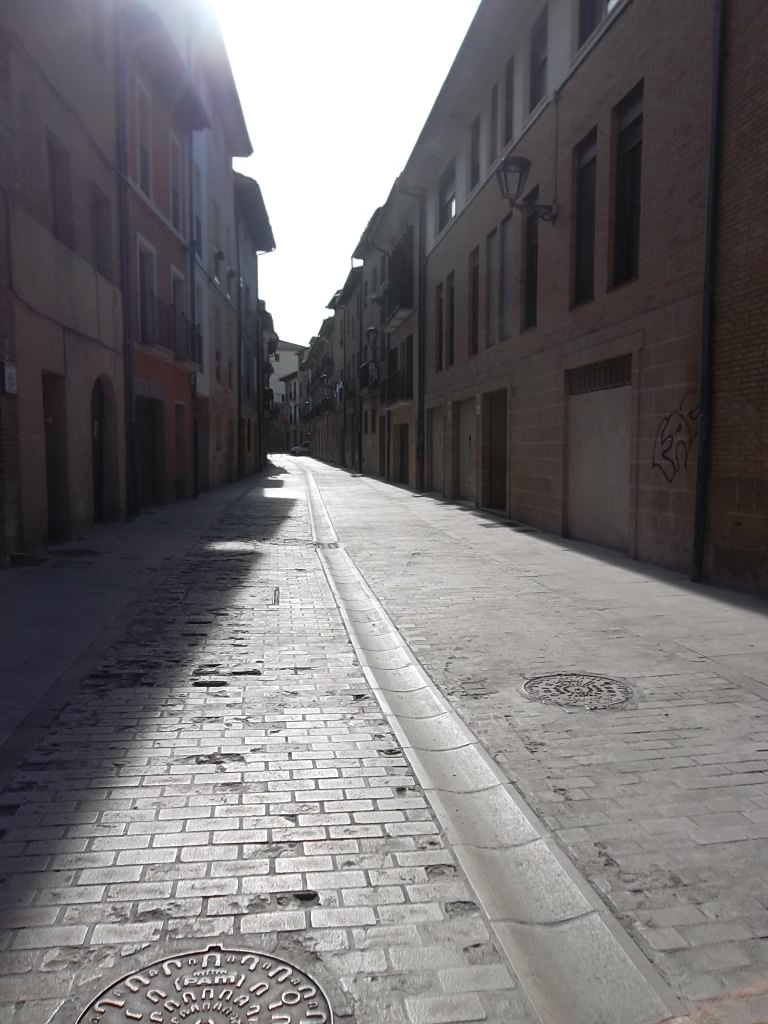 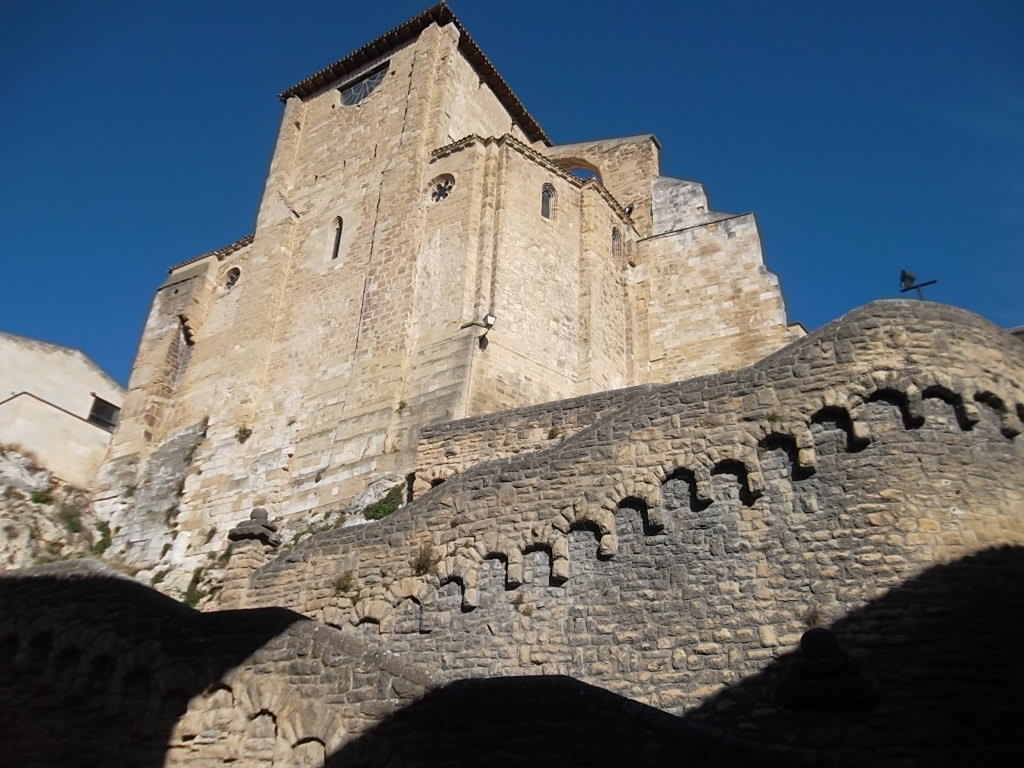 Stop in front of the wonderful 14th century entrance of the Church of Santo Sepulcro (Holy Sepulchre), the entrance to the Church of San Juan Bautista, the former synagogue and present-day Church of Santa María Jus del Castillo, the Church of Nuestra Señora de Rocamador and the Basilica of Nuestra Señora del Puy. Equally interesting are the convents of Recoletas, Santo Domingo, Santa Clara and San Benito, the last-named now converted into a multi-screen cinema complex.You can also go for long walks in the park of Los Llanos along the banks of the river Ega, and then refresh yourself in the Agua Salada, a natural, saltwater swimming pool with medicinal properties situated on one of the river banks.On May 25th Estella-Lizarra hosts the festival of its beloved Virgen del Puy. If you visit the city at the end of July, you will find it decked out as in the Middle Ages to celebrate Medieval Week. The Friday before the first Sunday in August sees the beginning of seven lively days of "fiesta" in honour of its patron saint. During the second half of September you can attend theSemana de Música Antigua (Ancient Music Week) and around the 30th of November the cattle fair of San Andrés (St. Andrew) takes place.Then, if you want to go home feeling good, you can buy Pilgrim's Way shells, "alpargatas" (puff pastry tarts), 'rocas del Puy' (cookies with an almond filling), Santiago cake, "sanchicos" (filled sweets), Idiazabal cheeses and wine from nearby.
Prev