La Cruz de Ferro is a huge iron cross on the Camino de Santiago and is located between the towns of Foncebadón and Manjarín on Section 6 of the French Way.

It consists of a wooden pole about five feet high surmounted by an iron cross, a replica of the original preserved in the Museo de los Caminos in Astorga. At its base there has been a mound forming over the years. A legend says that when the Cathedral of Santiago de Compostela was being built, pilgrims were asked to contribute by bringing a stone. The tradition is to throw a stone here, brought from the place of origin of the pilgrim, symbolizing what the pilgrim want to leave behind and get ready for rebirth on the last part of the Camino.

There are several theories as to the origin of the cross: It may have been erected to mark the road when it snows, as it becomes frequently hidden from view; Others believe thers it is just a pile of stones called Montes de Mercurio, erected since Celtic times to mark the strategic locations of the roads and then Christianized with crosses. In this case, the cross was placed there in the early eleventh century by Gaucelmo, abbot of the lodgings at Foncebadón and Manjarín. Later Galician crop reapers would be on this path on the way to the farmlands of Castile and León, where they went to work. Those who continued the tradition by placing a stone along path, then called it Cruz de Ferro. 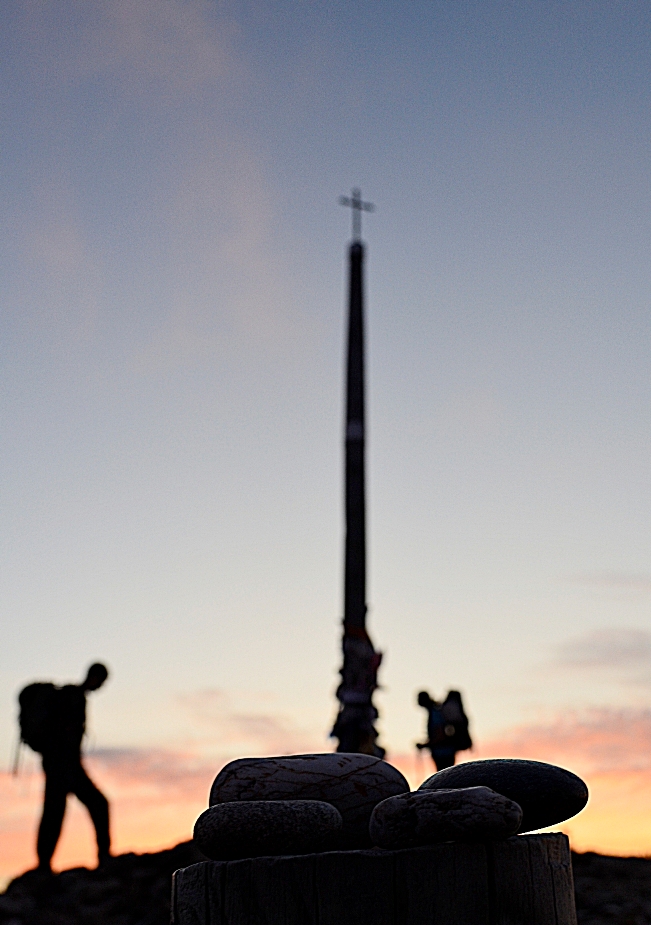 In 1982 a chapel dedicated to St. James was built by the Cross, and for some years the Centro Gallego de Ponferrada celebrates the feast of Santiago with a pilgrimage to the place that brings together hundreds of people and attracts different personalities.