This village is located in the comarca of El Bierzo, in the province of León, Castile and León, Spain.

In the Middle Ages, the town is first mentioned in 791. The origin of the modern town are connected to the Way of St. James, as a rest place for the pilgrims which started to reach Santiago de Compostela from the 9th century. In the Codix Calixtinus Villafranca is mentioned as an intermediate stage between Rabornal and Triacastela. In 1070, during the reign of Alfonso VI of León, a Cluniac monastery was founded here to cultivate vine, and a borough of French pilgrim rose around it, from which the town's name (meaning "French Town") stems. The town later received numerous hotels and hospitals for the pilgrims.

In the late 12th century Alfonso VII of León gave the lordship of Villafranca to his sister Sancha. Later it went to Urraca, wife of King Ferdinand IIand then to Teresa, wife of Alfonso IX, and then to numerous other noble people. In 1486 the lordship became a marquisate assigned to Luis Pimentel y Pacego: his daughter married Pedro Álvarez de Toledo, whose family thenceforth held the marquisate for centuries. 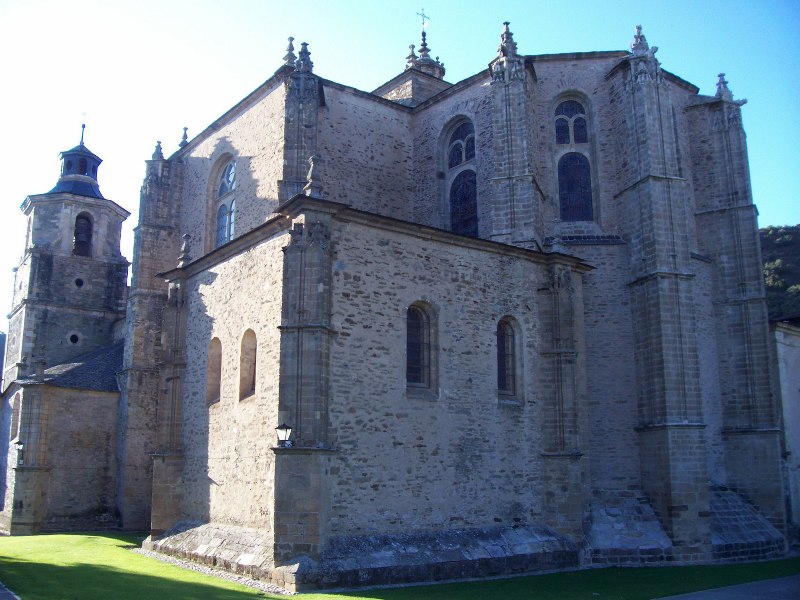 During the Peninsular War Villafranca was the headquarters of the Galician army and was sacked three times by the English troops, and was later occupied by the French troops. The Spanish general Antonio Filangieri died here. The town was freed in 1810.