2003 The Naked Pilgrim: The Road to Santiago

2003 The Naked Pilgrim: The Road to Santiago TV Series 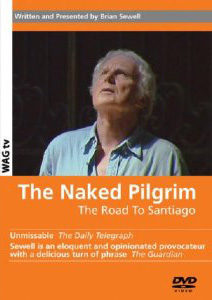 The Naked Pilgrim is documentary series produced by British broadcaster Five and presented by art critic Brian Sewell. First broadcast in 2003, the series follows Sewell on the Catholic pilgrimage to Santiago de Compostela. The series, ostensibly an arts travelogue about the pilgrimage route, was notable for Sewell wrestling with his own loss of faith and for his emotional responses to the pilgrims he encountered. Each episode features a leg of the pilgrimage route with a diversion in the third episode to visit the shrine at Lourdes.